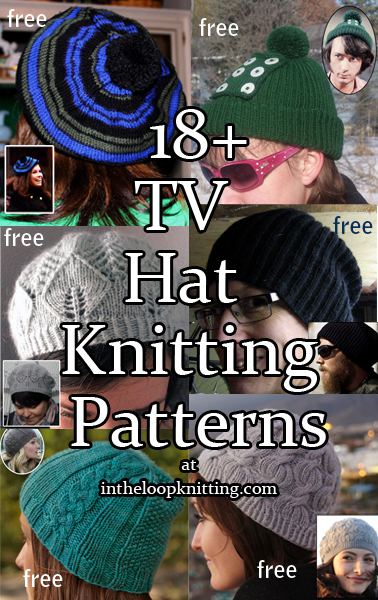 Knitting patterns inspired by hats worn by characters in television shows or by motifs in the shows. Most of these patterns make great hats without even knowing the original inspiration. Most patterns for free. Updated 5/7/22

To get the knitting patterns, scroll down the page to the individual pattern you want and click on the link to that pattern.

These patterns are not my designs but links to other designers who have generously shared their patterns. If you have questions about how to knit a specific pattern, please contact the designer directly.

All links on this site are for informational purposes, but please note that some links are to affiliate sellers that pay me a small commission on purchases. 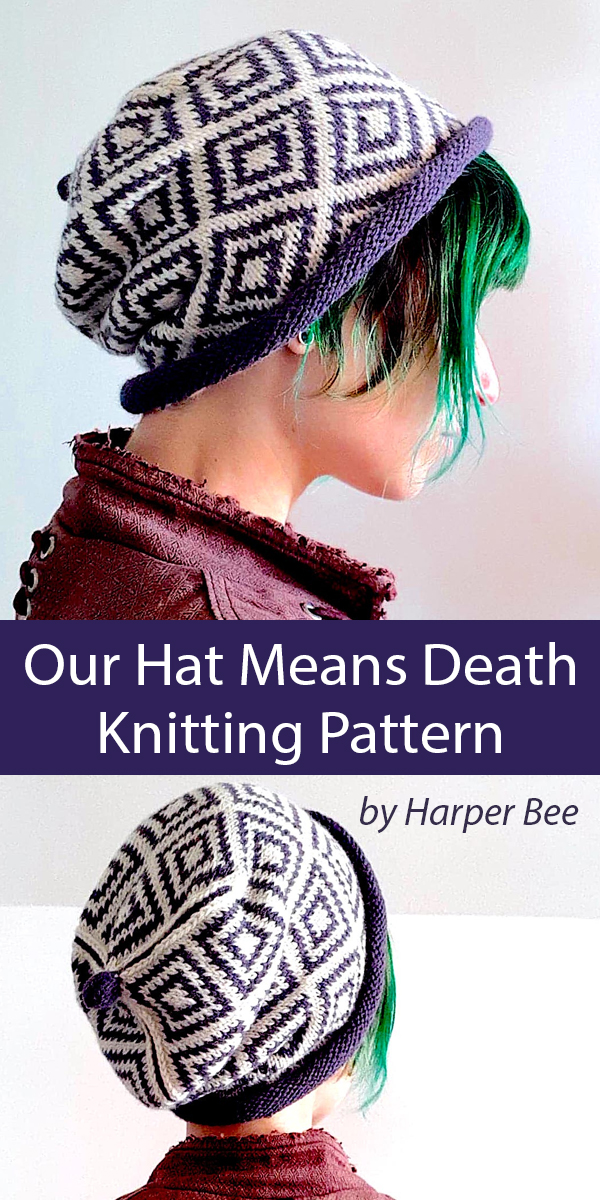 May only be free for a limited time. Inspired by the hat worn by crew member Oluwande in Our Flag Means Death, an adorable knit beanie featuring an all-over diamond design and rolled brim. Designed by Harper Bee. 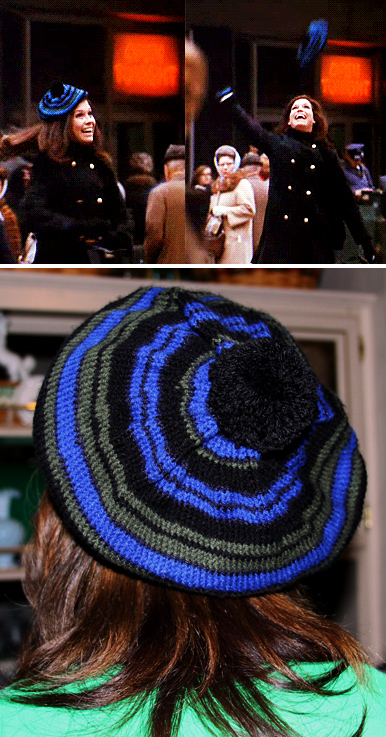 One of the most famous, recognizable hats of all – the hat that her classic show – has been recreated by Stan Jestis. Dare I say it? You might just make it (this pattern) after all. Pictured project by hooknneedler 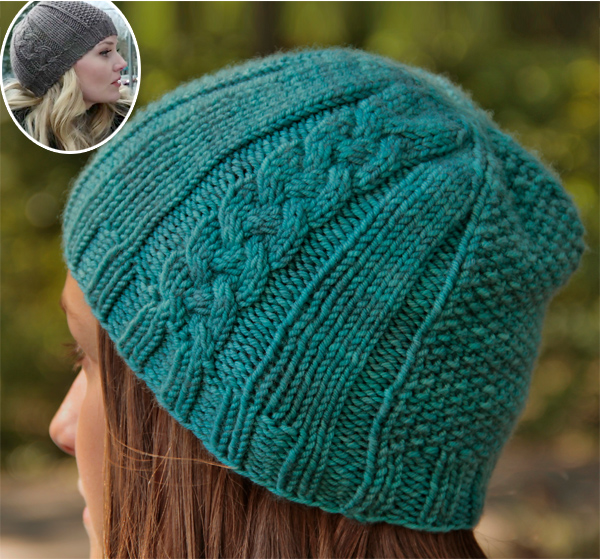 Once Upon a Time: Emma’s Dreamy Hat

Erica Harbin’s cabled beanie is a reproduction of the hat Emma wore in the Dreamy episode of Once Upon a Time. Pictured project by AnnaKristine86 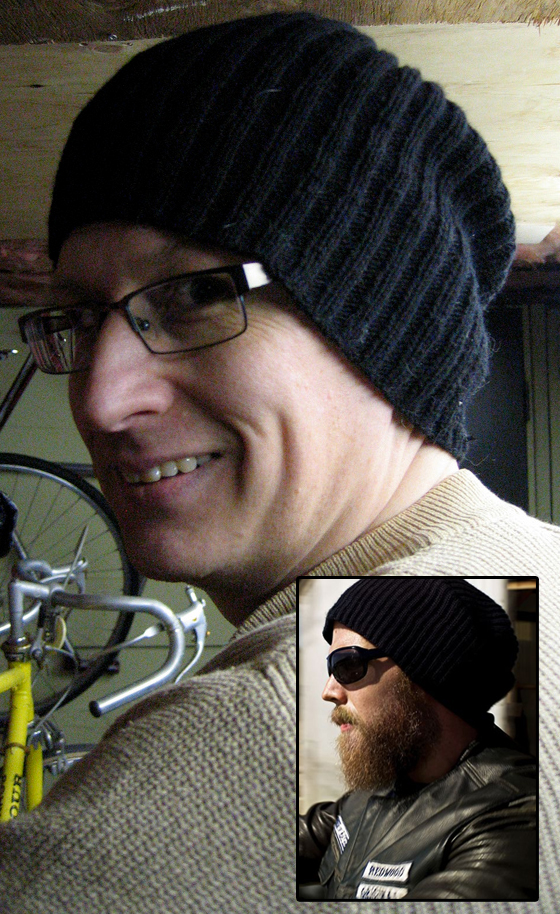 Ann Weaver’s unisex slouchy beanie was inspired by the hat worn by the Opie character in Sons of Anarchy tv series. 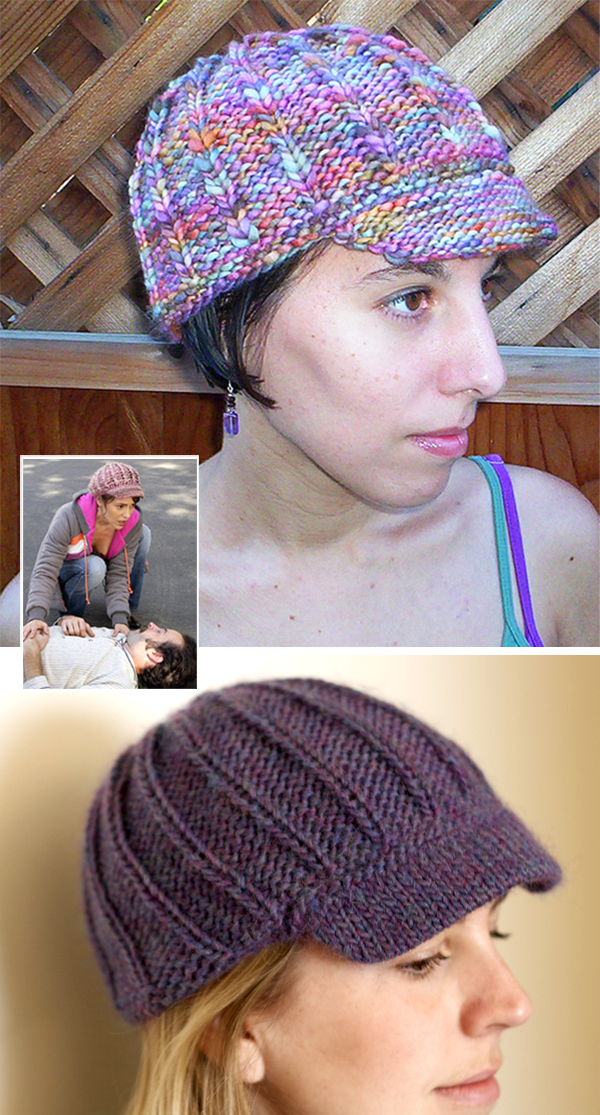 My Name Is Earl: Billie Hat

Newsboy style cap with a shorter purled brim and 1x4 rib inspired by the hat worn by Billie in the season 3 episode of My Name Is Earl called "Bad Earl". Designed by Patti. Pictured projects by the designer and kramerak. Aran weight yarn. 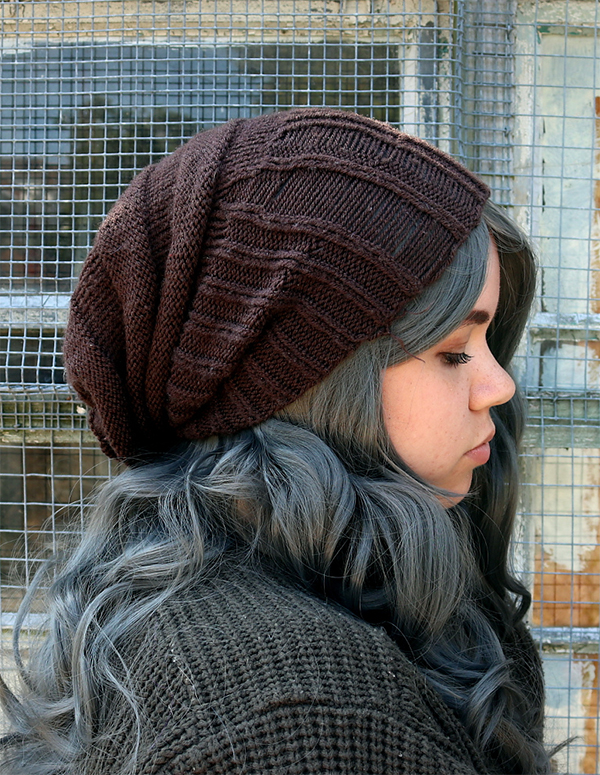 This slouchy beanie is a copy of the one worn by Razor (the Master in disguise) from the Doctor Who Season 10 episode World Enough and Time. Designed by Evelyn Stowe. DK weight yarn. 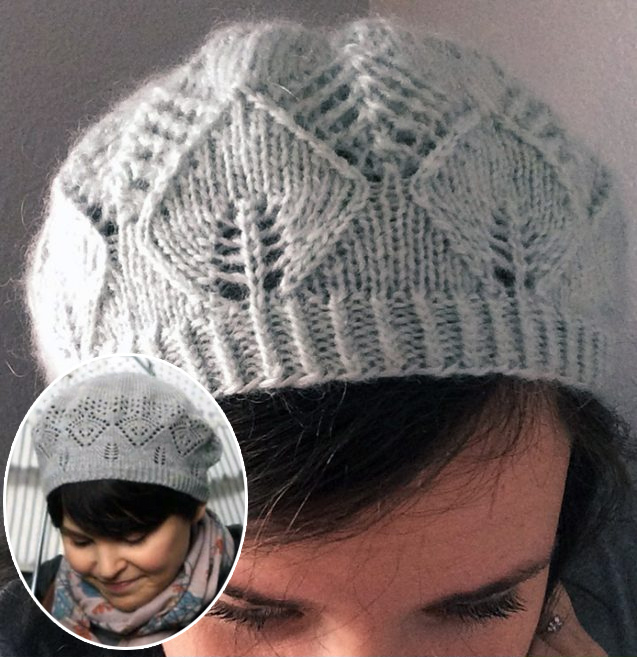 Once Upon a Time: Mary Margaret’s Lace Tam

Mary Craver created this hat pattern that replicates the lace beret hat worn by Mary Margaret / Snow White in Once Upon a Time. Pictured project by AnnaKristine86 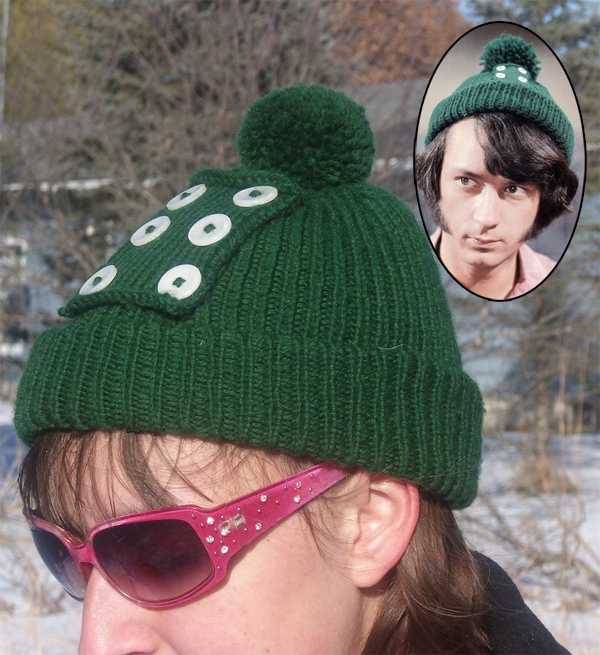 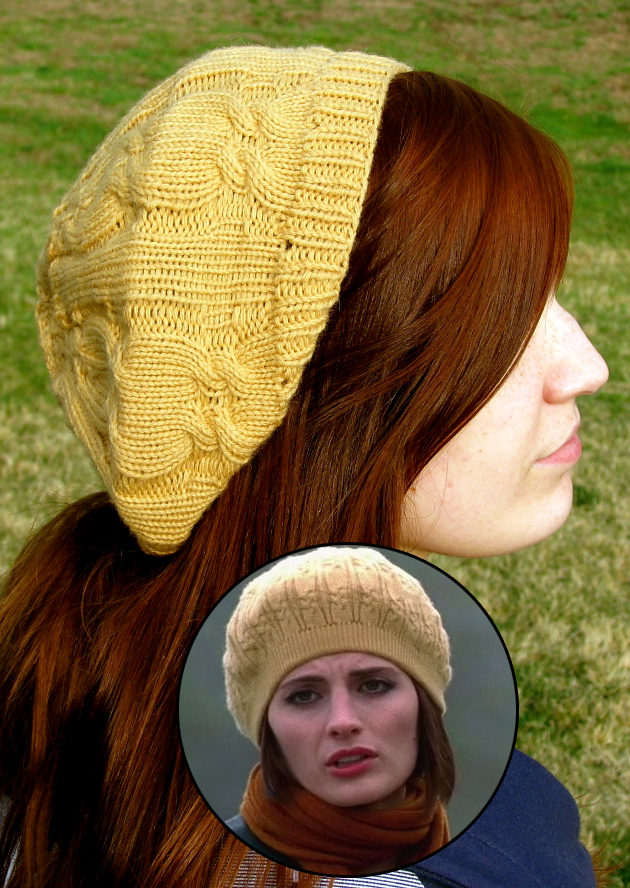 Mary Veterano’s cable design was inspired by a hat worn by Detective Kate Beckett in the Hedge Fund Homeboys episode of Castle (episode 3 of the first season in 2009). 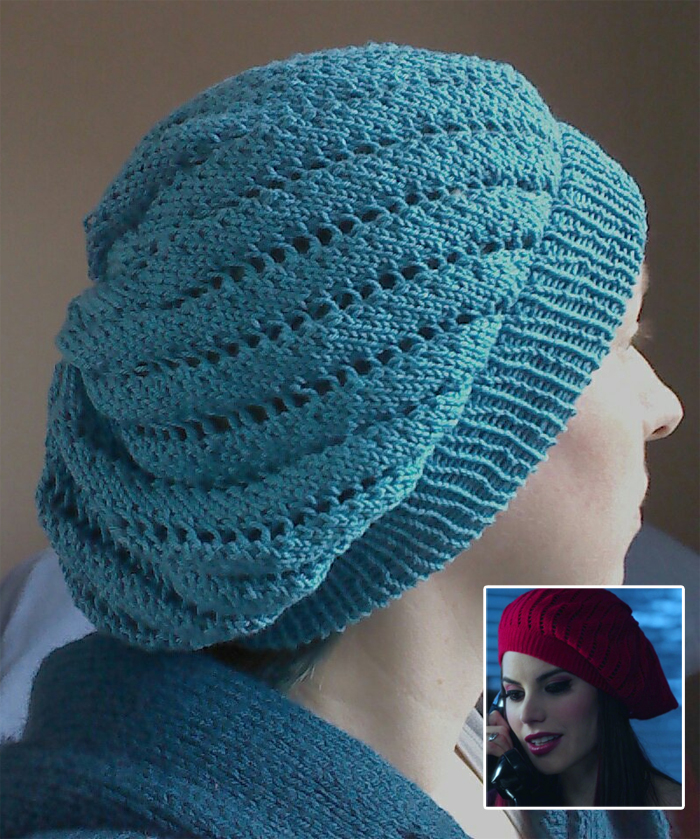 Once Upon a Time – Ruby’s Beret

Leslie Dalton’s slouchy tam was inspired by the hat worn by Ruby / Red Riding Hood in Once Upon a Time Season 1, Episode 11. Pictured project by rachelcreative 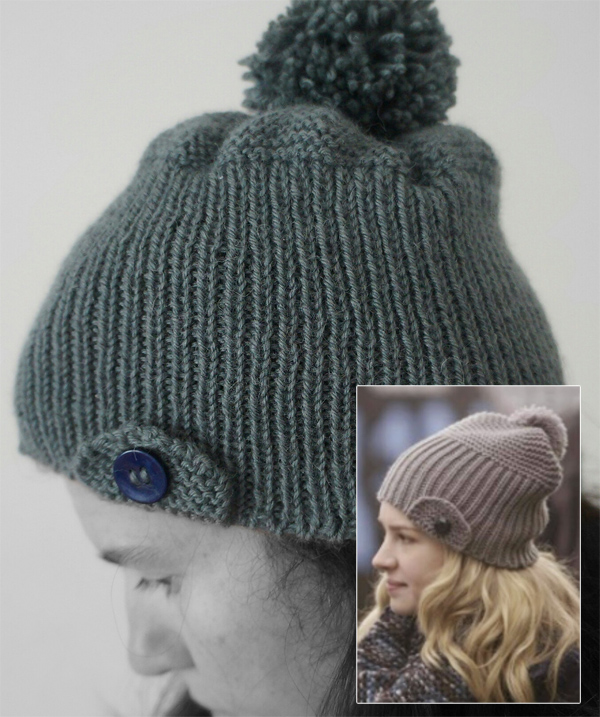 Kymmy Inakid was inspired by the hat worn by the character Lux in the pilot episode.by the TV series Life Unexpected. 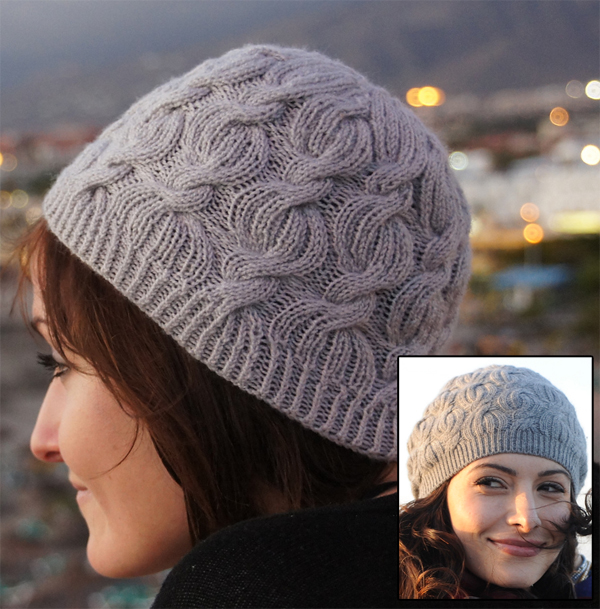 Thelma Egberts replicated the breathtaking cable hat lawyer Kate Reed wore in the in TV-series Fairly Legal. The TV series lasted a couple of seasons but this hat is a hit! 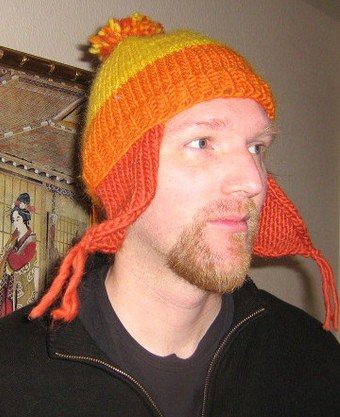 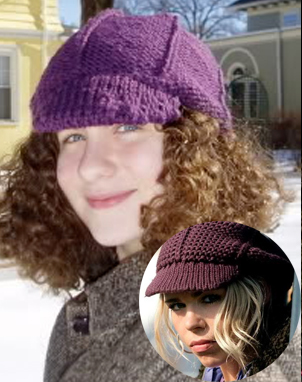 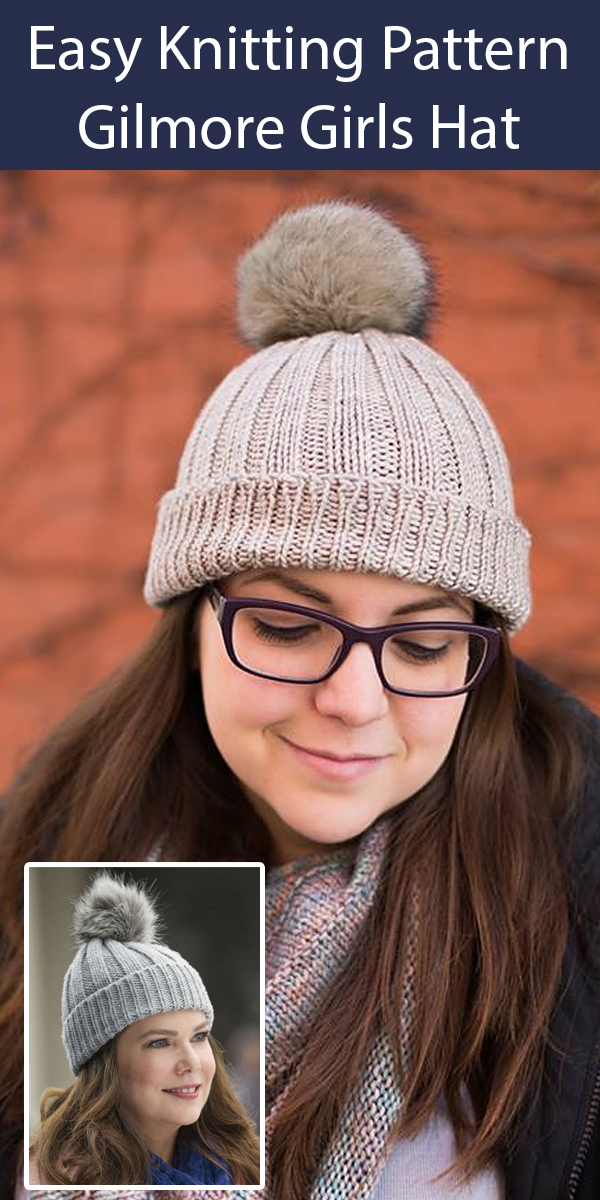 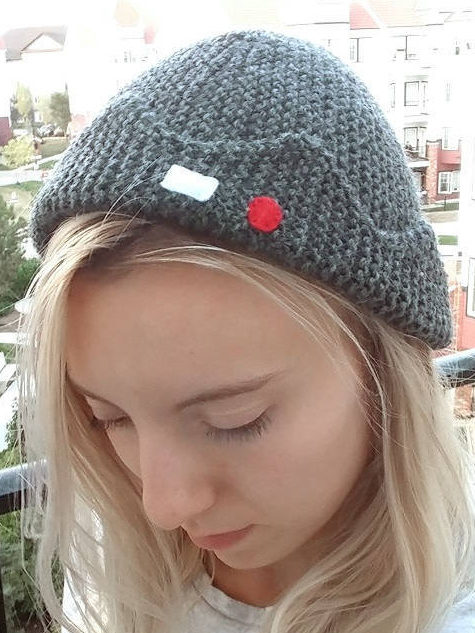 This beanie is a replica of Jughead’s hat from the show Riverdale. Two options are included: either very short so that it sits back on the head as Jughead wears it on the show, or longer so that it is worn similar to a normal toque. 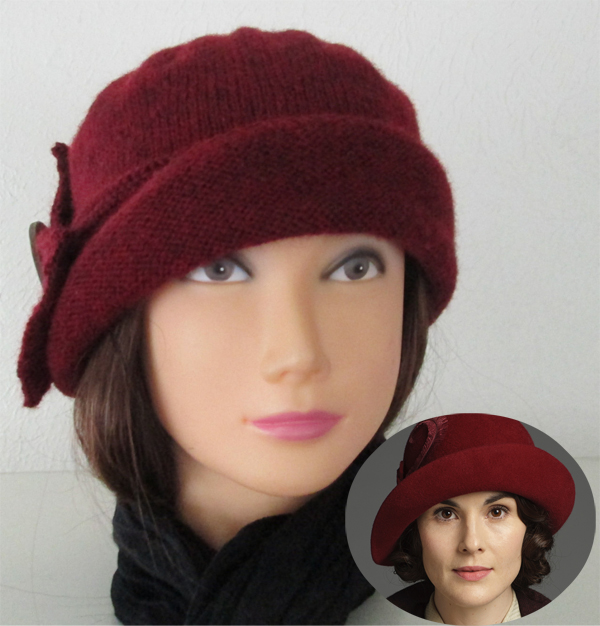 Swan Avenue designed this hat inspired by one worn by Lady Mary on Downton Abbey. 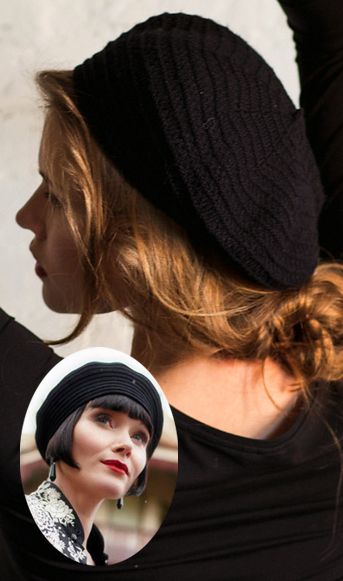 One of my favorite series! Sarah Solomon was inspired by Phryne Fisher’s structured woven hat and uses a slip-stitch texture to create structure and reversibility. 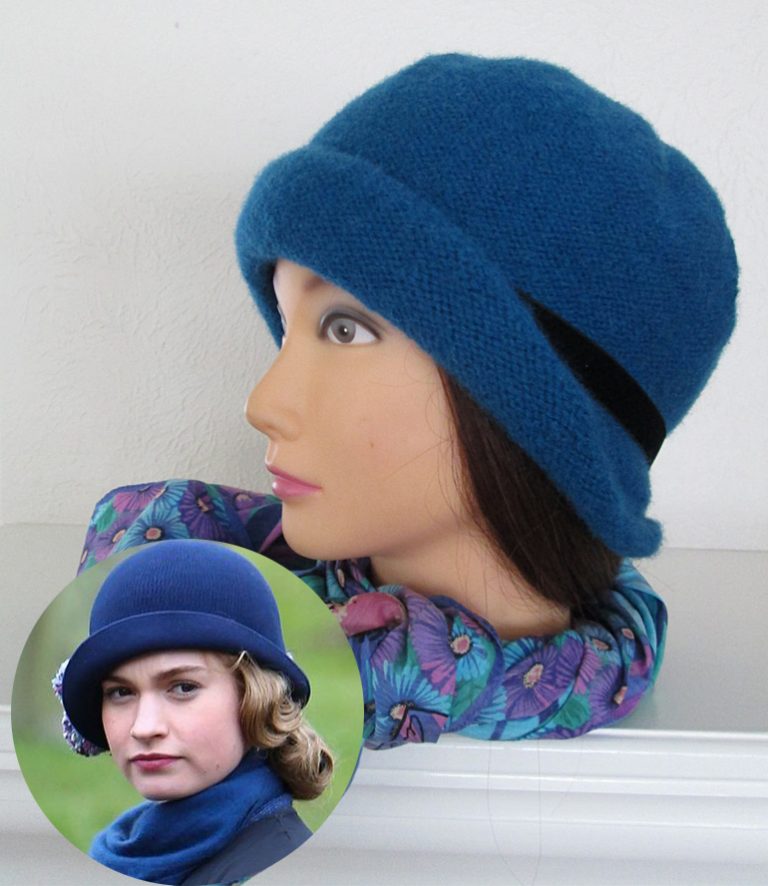 Swan Avenue designed this hat inspired by one worn by Lady Rose on Downton Abbey. 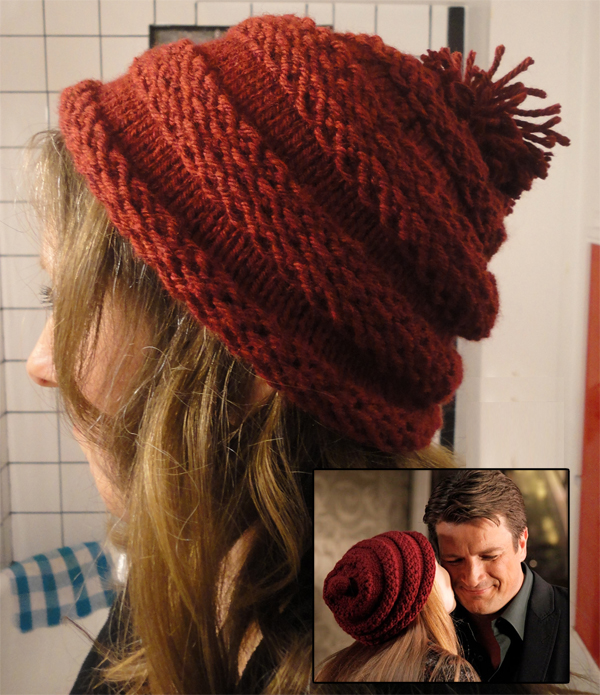 Lauren Raymond’s hat was inspired by the one Alexis wore in the Secret Santa episode in Season 5 of Castle. 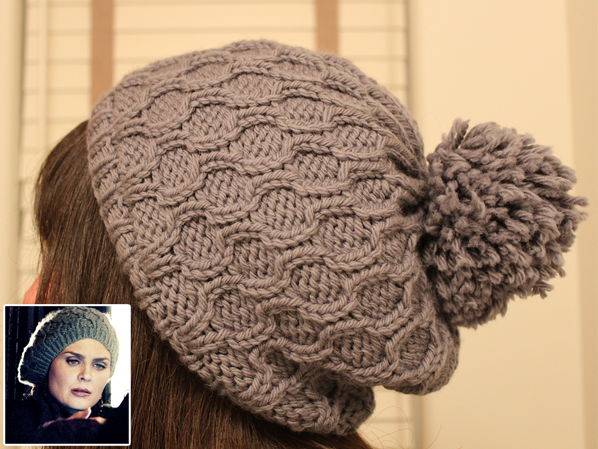 Cambria Washington’s slouchy tam was inspired by the one Temperance Brennan wore in the Bonesepisode, The Blackout in the Blizzard. Pictured project by Urbanizer 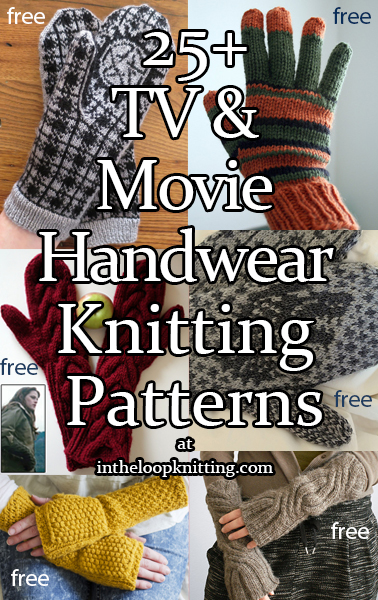 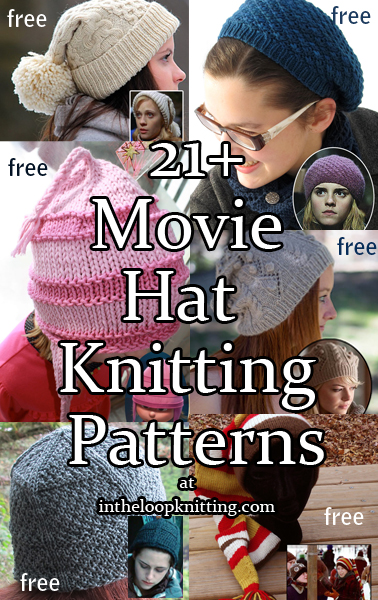 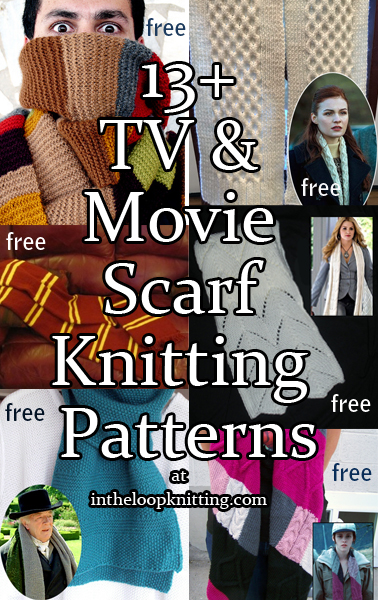 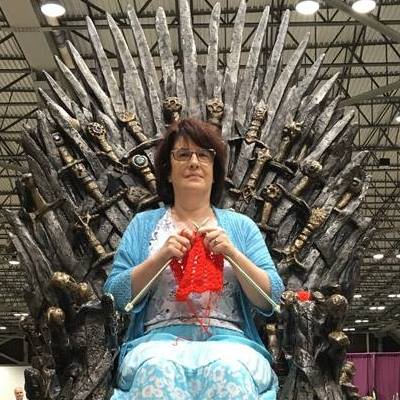 This is my personal knitting blog. I post links to patterns I like by other designers on other websites. I don't own the patterns or distribute them. I'm a late-blooming knitter who learned to knit as an adult. I believe in knitting everywhere - even on the Iron Throne!

Learn about the latest pattern collection pages on my site with this free email newsletter.
Sent when I have time, usually every 2 weeks.

All links on this site are for informational purposes, but please note that some links to stores are affiliate links - and I thank you for patronizing those stores. To learn more about the purpose of affiliate links, visit https://paidforadvertising.com/

As an Amazon Associate I earn from qualifying purchases. 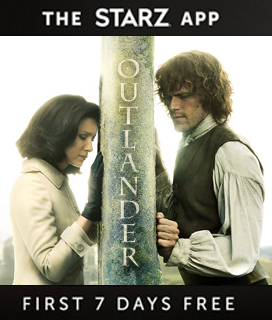